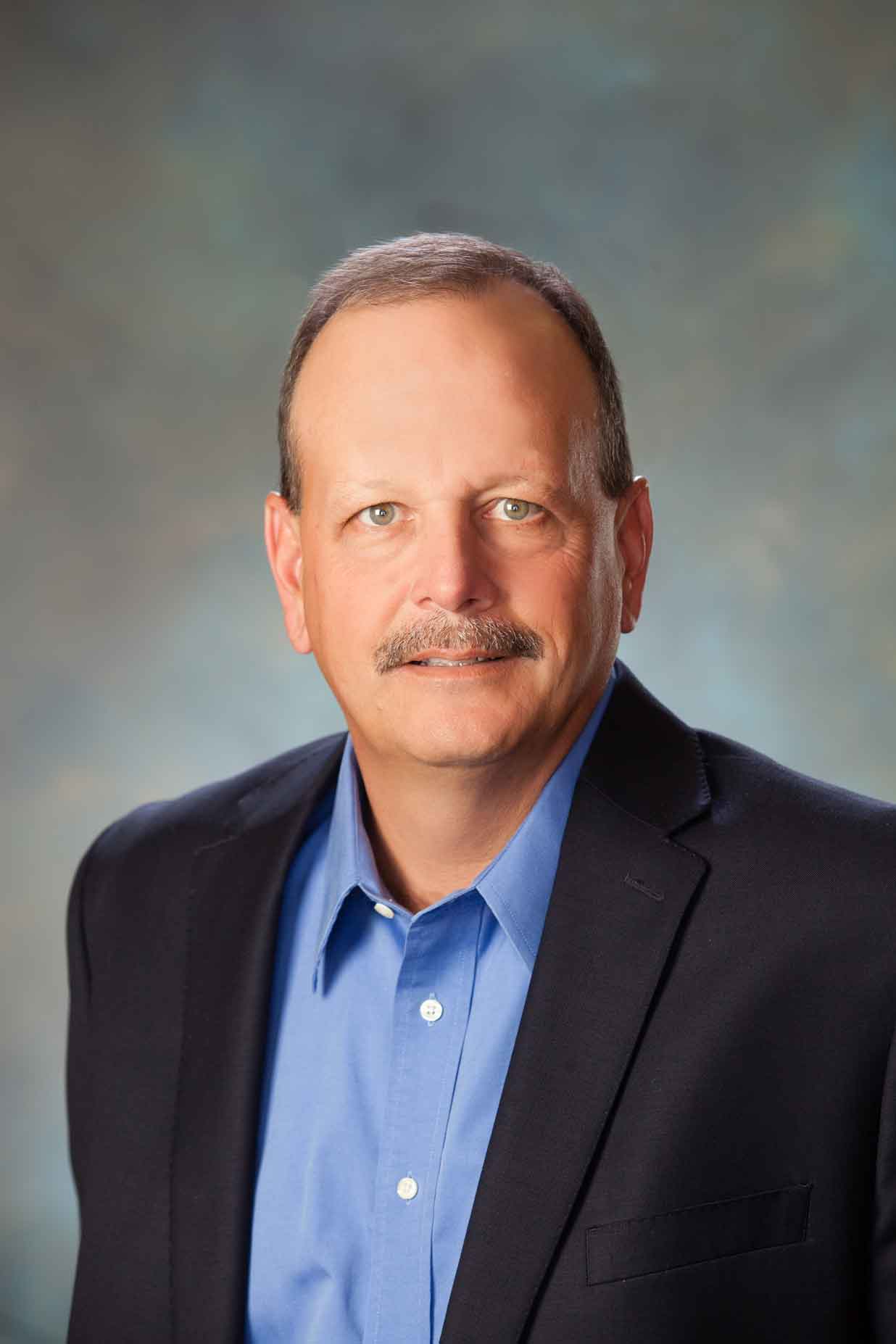 Chief Executive Officer Courtney Brackin has been in oil and gas all his life. Prior to being appointed OMNI CEO, he was VP of Northern Operations in the Mid-Continent, Bakken and Rockies as part of Gibson Energy’s U.S. Environmental Services team. He held leadership positions at A&A Tank Truck since the mid-’90s. Prior to that, he worked as a drilling, production and reservoir engineer for Amoco/BP in the oil and gas fields of North Dakota, Wyoming, Colorado, Texas, Kansas and Oklahoma.

Courtney earned a degree in Petroleum Engineering at Oklahoma University.

He currently serves as a board member of the Oklahoma Independent Petroleum Association and the National Stripper Well Association. He previously served as chair of the board for the Norman Regional Health Foundation.

Geoff has more than 30 years experience in oilfield industry finance. Prior to joining OMNI in 2011, he spent six years as VP and CFO at Trico Marine. Other posts in his tenure at Trico included Corporate Controller and Treasurer. He has also held senior financial positions with Parker Drilling and Petroleum Helicopters, Inc.

Geoff holds a Master of Arts degree in Accounting and Finance, Law and Political Economy from the University of Aberdeen, Scotland, and is a member of the Institute of Chartered Accountants of Scotland. Joey was named OMNI Chief Commercial Officer in May 2018. He previously served 10 years as OMNI’s VP Southern Region Sales & Operations. Prior to his tenure at OMNI, he spent three years as a Principal and Owner at Charles Holston, Inc. before OMNI purchased the business in 2007. He held several positions of increasing responsibility as a part of the senior management team for Philip Services Corporation’s Houston-based oil field services group.

Joey is a determined leader with a wealth of in-depth knowledge of the oil and gas services industry. His exceptional expertise in new business development has continuously helped to drive successful results and achieve company goals.

He holds a Bachelor’s degree from McNeese State University in Lake Charles, Louisiana.

With more than 27 years of experience, Charles has a broad range of expertise in safety management, risk engineering and loss control. He spent the past 11 years at OMNI, starting out as safety manager for an OMNI operating brand before taking the helm of OMNI Corporate Safety in 2010.

Greg has been part of OMNI’s finance team since 2006. Prior to his appointment as chief accounting officer, he served as OMNI’s director of financial reporting.

Greg came to OMNI from Broussard, Poche’, Lewis and Breaux, a major Lafayette, La. public accounting firm, where he was a partner in the auditing department. He is a Certified Public Accountant with extensive experience in financial statement preparation and reporting, taxation, and computer software applications.

Prior to joining OMNI in 2008, Mark practiced at Longman Russo, a Lafayette, Louisiana, law firm. He has served as special counsel to the Louisiana Public Service Commission and the Louisiana Office of the Lieutenant Governor. He was also a special assistant attorney general. He is a Certified Public Accountant, having been licensed since 1994.

He is admitted to practice in Louisiana and Texas. He is a member of the Louisiana Association of Defense Counsel, and was listed in Best’s Directory of Recommended Attorneys in Louisiana.

Mark received his Juris Doctorate and Bachelor’s degrees from Louisiana State University. He is a member of the Association of Corporate Counsel, the U.S. Fifth Circuit Court of Appeals Bar, and the Bar of the United States Supreme Court. He has participated in the American Inns of Court as a member of the Wex Malone, Acadiana, and John Duhe Chapters. Mark has also served on multiple committees for the Society of Louisiana Certified Public Accountants, including the Small Business Development Committee.

In his role as Interim General Manager, Michael is responsible for driving implementation of OMNI’s strategic technology plan across the organization. He oversees all functional areas including networking, systems, cybersecurity, unified communications, service desk and field support services.

Prior to being named Interim General Manager, Michael was a Senior Business Analyst at OMNI. He has experience in multiple full life cycle implementations and production support, and has been responsible for simplifying business processes companywide.

Michael holds a degree in Business Informatics from the University of Louisiana at Lafayette.

Our Operating Brand locations across the U.S.

Our forward-looking leadership team brings a wealth of experience, knowledge and passion to every job we do.